Mixed martial arts (MMA) requires extreme fitness and self-discipline. MMA fighters work around the clock to train both physically and mentally, making MMA fighters some of the fittest athletes in sports. There are many gyms that offer various levels and training skills.

MMA fighters have immense strength, everlasting cardio, amazing movement, and tremendous flexibility. It is not only just the physical fitness of MMA fighters that sets them apart from others but also the self-discipline. Training and living a healthy lifestyle also enhances mental health.

Any physical activity that includes cardio, will lower your risk of certain conditions such as cardiovascular disease, risk of stroke, and/or heart disease. Paired with increased health, your body naturally releases endorphins. Endorphins trigger feelings of happiness and euphoria, which also lead to less stress and anxiety. Producing endorphins through natural physical workouts reduces emotional stress and can even alleviate pain. There are studies that also link low endorphin levels to depression and fibromyalgia.

When you are working out and training, the general trend is that the participant will also make healthier lifestyle choices. For example, rather than eating a huge burger and fries for lunch, you’re more likely to choose a healthier meal to continue to push your body and mind to excellence.

The History of MMA

MMA combines offensive and defensive fighting skills from various arts such as wrestling, boxing, karate, judo, Muay Thai, and jujitsu amongst others. Dating back to the days of Greece, MMA-style fighting was considered bloody and barbaric.

In the roots of MMA in Greece, fighters would fight until one announced defeat or a fighter was rendered unconscious; this is where the stigma stems from, but it was a different time. During this time, it was not uncommon to fight until death. However, times have changed.

Over the past decade, MMA has become one of the fastest-growing sports and is internationally recognised. The UFC implemented various rules in order to ensure the safety of the contenders. While there are more rules, MMA still combines all the brutal fighting skills from various sects and sports.

There are MMA gyms located all over the world. You should be able to find a gym that is right for you. For example, in the UK, you could attend an MMA gym in Reading if you live in Reading. In the US, you would attend a different gym. Gyms offer various level courses and classes depending on your level. Classes may also be broken up into different specialties such as jiu jitsu, wrestling, or judo, depending on what skill set is to be mastered. 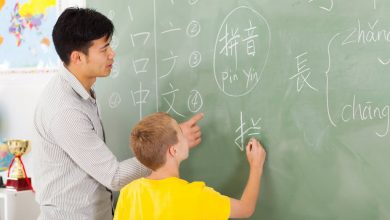 The Language Immersion Programs for Preschoolers – Is It Good or Bad 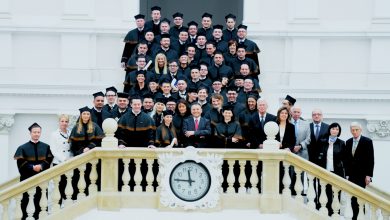 The Ultimate Guide to Choosing the Right Preschool for Your Child
November 30, 2022

The Ultimate Guide to Choosing the Right Preschool for Your Child

Finding the best international school for your child
November 27, 2022

Finding the best international school for your child

Your How-to Guide on Staying Fit & Healthy as a Student

The Benefits Of Preschool: Why It’s Important For Your Child
October 8, 2022

The Benefits Of Preschool: Why It’s Important For Your Child